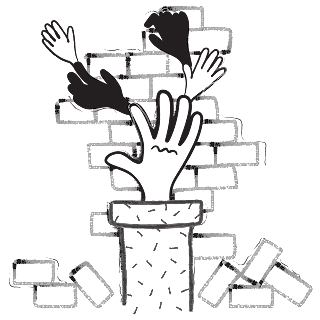 A few days ago I posted a link to my FIRE calculator on Reddit. I had posted it a few months before, but didn't get much interest. Most of the traffic to the calculator came from posting about it in the comments section of Strong Money Australia's post about where you should put your money. Over the nearly 6 months since I first posted the calculator, I had 822 visitors to the page. I was really happy with how many people had seen it, and had received a lot of really thankful and encouraging emails. Nevertheless, visits had dropped off.

Enter me, posting about the calculator on Reddit again. In a couple of days, the 822 visits exploded to 3,110! OK, so it might not have gone 'viral', but for someone who is just doing this for fun, I was really blown away by the interest it generated.

Along with some really awesome feedback, I got a lot of suggestions of features to add to the calculator. For the most part, these were awesome suggestions. Lots I had already considered, and many I hadn't.

But I can't say I was excited to make it more complicated by adding variables. You see, the more complicated it gets, the harder it gets to see the bigger picture. Also, I'm a big fan of the Pareto principle (AKA the 80/20 rule). As far as the FIRE calculator was concerned, I felt I had done already done the 20% of the work that was going to yield 80% of the benefit. I could spend weeks building it out to be all-singing, all-dancing, and I would still get suggestions for changes. I wasn't feeling very motivated to do the extra 80% of the work for that last 20% of features.

One of the things a few people suggested was to include the ability to view different FIRE goals (e.g., coast FI, barista FI, flamingo FI). This is actually something I had been thinking about quite a lot. However, I wasn't picturing it as being part of the large and already complicated calculator from my first post.

While a lot of people tend to talk about pursuing a particular type of FIRE (coast, lean, fat, etc.), I prefer to vacillate between all of them. I think they all have their appeal. Depending on how bad of a day I've had at work, or what travel destination is featuring on my news feed, I like to dream about exiting work for the simple life of coast or lean FIRE, or travelling the world after reaching fat FIRE.

More importantly, to stay motivated, I like to focus on the next closest type of FIRE as my primary goal, even if it just ends up being a milestone on the way to flying out of the workforce in my private helicopter.

I like to think of types of FIRE as horizons of effort.

To help me visualise how I was progressing against each of these types of FIRE, I had already mapped these out in one of my spreadsheets, but it was clunky, and I felt I could do better.

So, with some tinkering, I put together a completely new calculator to help visualise FIRE progress against these milestones.


A few notes on definitions:

Coast FI
Basically the idea is you've saved enough to retire at the standard age. Merely let your investments grow in the background, while you make just enough to live on to coast into a comfortable retirement at the standard age. For me at my age, in Australia, I see that as being 60 years old when I can access my Superannuation. Of course, you can change these numbers to whatever you see them as being for yourself.

Though there might technically be some differences, I see Coast FI as basically being the same as Barista FI, which is particularly popular among US FIRE enthusiasts. In the US, working part-time at Starbucks will get you health insurance, so you have the added benefit of paying basic living expenses and reducing healthcare costs. Hence 'barista' FI.


Coast FI is the reason this calculator took me an hour or so to put together. The number depends on how much you currently have, how old you are, and when you want to pull the pin on work. I needed to build in a 'present value calculator' in the back-end, which is essentially a reverse compound interest calculator. This may be TMI, but I know there are a few geeks among us.

Flamingo FI
I don't know how many people have come across Flamingo FI. Personally, it's a concept I really love. The basic idea is if you expect that investments double roughly every 10 years, if you get half way to 25 years of expenses saved (12.5 years), then you just have to coast for 10 years, and you're good to go!

You can read more about it and why they call it Flamingo FI on Money Flamingo's blog.

You might notice that I refer to Coast, Barista, and Flamingo as FI, not FIRE. This is because they focus more on levels of financial independence, but still rely on a level of income from work. So in my mind, if you're at these levels, you haven't quite earned your RE badge yet. Hang in there though, you're not far off!

Lean FIRE
I don't know if there is a set number for this. Like Fat FIRE below, you might already be living lean, so your Lean FIRE number could be 25 times your current annual living expenses. This is why I'm letting you change the numbers in the calculator, so you can fit it to your own definitions.

Personally, I think I could spend less if I didn't have to work. When I think of the least amount I think I could sustainably survive on if I didn't have to work, that number is closer to 22 times my current annual expenses. I find when I don't have to work, I naturally save money by cooking more, buying fewer (work) clothes, doing more work around the house myself, and spending less on transport (public, and private). If I had to leave work permanently, or wanted a break, I'm pretty confident I could make 22 times my current annual expenses last indefinitely. If that doesn't sound right for you, great! Change the number.

FIRE
This uses the oft-cited 25 years of living expenses. It's the number MMM uses in his infamous blog (the one that got me hooked), and relies on the 4% rule from the Trinity Study. This number shouldn't surprise anyone visiting this page.

Fat FIRE
Here, I just pulled a number out of fat air. I know some people want to live larger in retirement. Whether that's larger than they're living in their current working lives will determine if fatFIRE to them is 25 years of living expenses, or more. Here, the max number is 35 for sake of usability.

Expected investment growth
I have set this to 7% p/a, which I understand to be conservative in the long-term. The idea being, I expect to get 7% returns in addition to inflation. As this number takes into consideration inflation, numbers in the calculator are expressed in today's dollars. If you have better reasoning for a figure to use here, I'd like to be better informed about my assumption. In the meantime, if you disagree, you're welcome to change the number.

As you can see in the default settings, which are an approximate reflection of my situation, I'm past Coast FIRE. I honestly didn't realise how far past Coast FI I was until I built the present value calculator. It's kind of exciting to know I'm over half-way to Flamingo FI. For me, that's my first real psychological-milestone.

So that's it. There is my milestone calculator. I hope you like it.

Ughhrrumph is not a financial adviser. You should consider seeking independent legal, financial, taxation or other advice to check how the website information relates to your unique circumstances. Ughhrrumph does not guarantee the accuracy of any information on this website, and is not liable for any loss caused, whether due to negligence or otherwise arising from the use of, or reliance on, the information provided directly or indirectly, by use of this website.

Popular posts from this blog 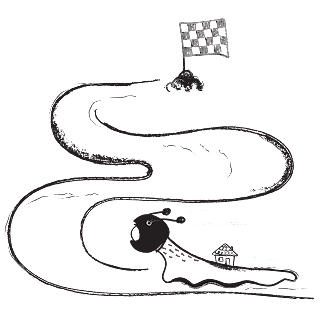 NOTE: This page is best viewed on a large screen (e.g., laptop/desktop/tablet zoomed out) I've been lurking around the FIRE community for a while now, not earning enough to make any meaningful progress towards FIRE (I went back to school). After a few years of just enough income to not go backwards, I started thinking about how I would use the income I hoped to make with my higher qualifications. Should I pay down the PPOR to reduce expenses? Pay off my investment property? Buy LICs and/or ETFs? Sell the investment property and buy shares? There are so many variables, I was really struggling to think through a clear plan. There are a stack of FIRE calculators out there, but none helped me model different scenatios I was weighing up. This calculator is the how I finally came to understand my preferred investment strategy: Ughhrrumph FIRE Calculator   In short, for my circumstances, I found if I focused on funneling as much savings as I can afford into LICs/ETFs fo
Read more

Get your partner on board with FIRE with mental time-travel, chunking, and social proof 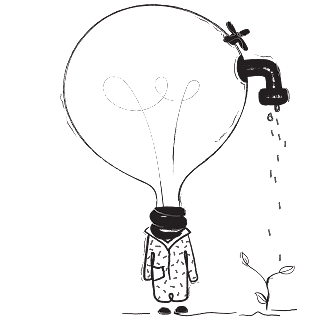 Peter Thornhill, Australian finance guru has regularly said "if you have two savers in a relationship it is Nirvana, if you have two spenders it's survivable, but if you have one saver and one spender you're in trouble, because one will simply spend their time undoing all the efforts of the other" (see an interview transcript with Peter here ). This topic has come up a few times in forums, blogs, and podcasts, but I don't recall seeing anyone tackle it head-on. Unlike many people in the FIRE community, I'm not an engineer or in IT. A lot of my work focuses on influencing people to act in what are often in their and the collective best interests. Even if they don't quite recognise what those best interests are yet. I think some of the strategies I've picked up along the way might apply here. How do I get my partner on board with FIRE? Before I get into it, I want to share a word of warning: The line between benevolent influence and
Read more

Ughhrrumph
A personal finance and Excel nerd fueled by frustration.